The house edge, margin, vig, vigorish or juice is an accepted norm when playing casino games. Every game from Baccarat to Roulette, Blackjack to Craps features a built in advantage that favours the house- or the casino. This advantage is referred to as the house edge and is an important factor to consider when choosing which game to enjoy.

If the house edge is low, the player has a better chance of winning, whilst if it’s high, winning chances are reduced. In the land-based arena, house edge can vary from casino to casino and from game to game. At an online casino however, the house edge will generally be the same across the board, as a site that pushes the edge up, will quickly lose players and not be able to compete in what is a very competitive industry.

Ratio of Loss to Bet

If you consider the house edge as a statistical representation it can easily be defined as the ratio of the average loss incurred against the initial bet placed. Alternatively, it could be the ratio of money lost compared to the total amount of money wagered.

Whichever way you look at it, the house edge is there to ensure the casino still receives their cut and that they benefit from every game played.

When it comes to explaining exactly how the house edge works, its most easily seen in Roulette. If you look at the European version of the game you’ll note the wheel has 37 numbered pockets from 0 to 36. With every spin of the wheel the payout for correctly predicting where the ball will land is 35 to 1. 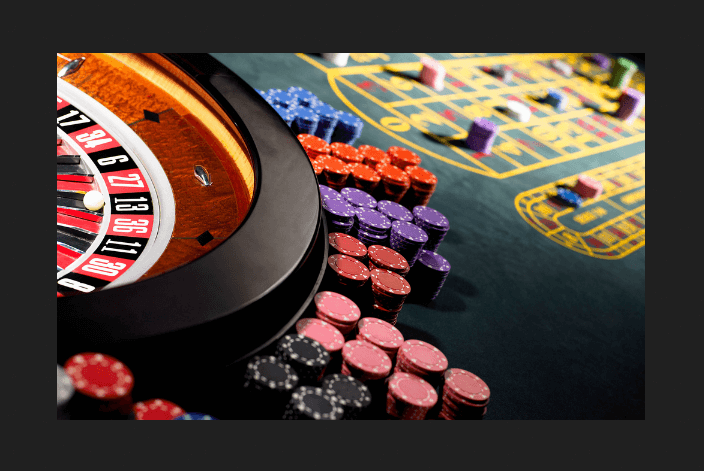 If you were to bet on every number on the Roulette table you’d have 37 chips in play and no matter what the result is, only one of those chips would win, as the ball can only land in one pocket at a time. This means that of the 37 chips, a player would lose 36, receiving in return 35 chips for correctly choosing the winning result. This would result in the net loss of 1 chip, so the average loss would be calculated at 1 and the initial bet 37, resulting in a house edge of 2.70%. Regardless of how many times this type of bet is placed, there will always be a loss of 2.70% as its built into the way the game works.

Games with a Low House Edge

For players who want to stand a better chance of winning big, opting for a game with a low house edge is always going to be the best move. Of all casino games, craps is the one with the lowest house edge, as it can go as low as 0.021%. In contrast, keno has the highest house edge and its margin can fluctuate from between 29% and 25%.

Blackjack has a house edge that can be reduced using strategy and is therefor a very popular choice of players who have developed skills that can be put to good use. Baccarat, when betting on the banker also has a favourable edge of a low 1.06%, but don’t bother betting on a tie in this card comparing game, as the edge then shoots up to 14.4%.